A downloadable game for Windows

When Darkness terrorizes the world and the King of Doria doesn’t have any offspring that can success him, a Mayor from a small commercial town called Marriens Lake is elected instead. But one day, this Mayor gets taken hostage by a person claiming to serve the Darklord Nemesis, who hopes to become the next king. Seeing this all happen, the Mayor’s daughter -- Saber Wainsearth -- goes on a quest to defeat Nemesis, but the only way to do that is by gaining the trust of other Mayors all around the globe.

Below are the things we are working on in the full version of the game:

We hope you will like the demo and will be waiting on the full release!

I hope I am not to late on giving you some feedback. I really liked the game as far as I could play it and because of that I would like to help you out:

1.) I don't know how far players are allowed to play the demo. I just could not get passed the stone wall on the third floor. No matter what I did. Of course I found the lever on the fourth floor and the stone wall did move. But when I tried to walk up the ramp to get to the yellow chest I was told that something is blocking my way. I just assumed this is were the demo ends, if not, I found a bug xD

2.) When starting off you get a feeling that Leonas is a Warrior/Mage Hybrid because he can use "Magic". Sadly the Magic is just the ability to scan your enemies which took me a couple of turns to realise. I like the idea of beeing able to scout the enemies' weaknesses but at least in the demo there is no use to it since you have no Magic abilities. The thing that bothered me with the scan ability is that I never knew when Leonas sucessfully managed to scan the enemy. The ability either misses (did nothing) or failed (while in reality it worked). This might confuse some players. If a player invests a turn into scanning an enemy why not give him positiv feedback when the ability landed? For example "Slime was sucessfully scanned. 200% cold/freeze damage".

What do you think?

3.) All abilities that consume TP also consume MP on the same time. I was so happy when Leonas learned his healing ability and Saber got her strong attack later on. Sadly the moves require MP as well. Is that intended? If it is, I would put the correct cost next to the ability because it is weird if you are unable to cast an ability that is supposed to cost just 10 TP only because you are out of MP.

4.) Leonas' healing ability is very bad. On the on hand it does not heal the turn you use it. That way you run the risk of Saber criting and killing the enemy without getting any heals of. On the other hand the healed amount is very low. Even with Level 8 the ability just heals around 45 HP per turn. When fighting the strong monsters in the mine it is just not worth spending his turn healing. Leonas attacks faster than Saber and is able to attack before most enemies attack. His turn is much better used finishing of an enemy.

5.) To get to the mine I had to spend all my 150 HP potions. I was surprised that I could not save the game until I entered the mine. After healing next to the saving crystal I wanted to leave the mine to go back to town. I had more than 2000 to spend and no HP potions for the whole mine. Of course you can always heal for free inside the mine but on the way back from the fourth floor I was killed by the tripple bats a couple of times. (They are really tough when you just get there). I had no other option than grinding through Slimes to get Potions for free. I had no problems with that challenge but I fear a lot of players will just drop the game at this point because they feel unable to advance.

Even if I now know to buy more potions for a second run I have to say that 50 "gold" for 150 hp is very expensiv. You have to fight a couple of battles to get that amount of money. Just healing up with potions leaves you broke after some time. The Inn heals the whole party for just 10 which is fine. I think 20 for 150 HP would be a fair price. Especially since HP potions are far less dropped than anti-poison potions.

6.) At last I noticed that my characters tend to miss a LOT of attacks. This can be very frustrating from time to time. You don't just miss 1 out of 10 attacks but more like 4 or 5 out of 10. Don't you think this is a bit much? You can easily lose your first fight in the woods like that if you happen to run into the pixis xD

All in all I really like the game. The game is well designed. The maps look very beautiful and I would love to continue playing <3 Nothing I said is meant to offend you or your amazing work. I just wanted to adress these minor issues so that you are able to look at it. I hope I could help you out a little bit. Feel free to comment I will gladly come back to respond :)

Thanks for the feedback! As you mentioned, we didn't mean to immidiately end the demo when you're near the yellow chest. Apparently that's a bug we've looked over, so we'll fix it right away. As for your 2nd and 4th point, we didn't want to overwhelm the players with a whole set of skills they could choose from, so we gave Leonas some abilities, but in the full release he would have - of course - more skills to use. As for the fifth point, yeah, we heard from our testers that the forest especially is a hard place to get through, but we thought that would be a fun, somtimes frustrating, experience for the player. We'll look into it and try to make it less hard for players to come. All-in-all, we're happy to hear your reply and if you found any other possible bugs, glitches, etc. feel free to let us know. <3

When playing the game, you come across a variety of things. Cute monsters, cool music and thought out dialogue. We would like to hear from you guys what you want to see in the full game. Put your ideas & recommendations in the comments below. 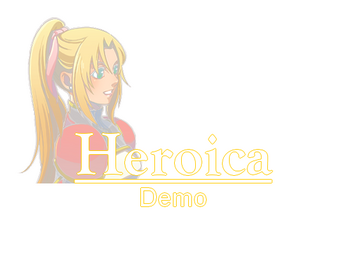 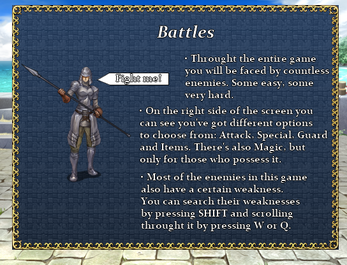 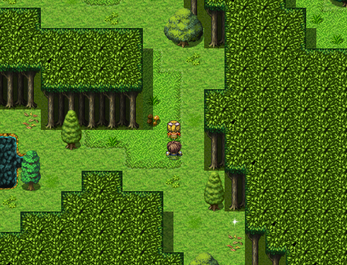 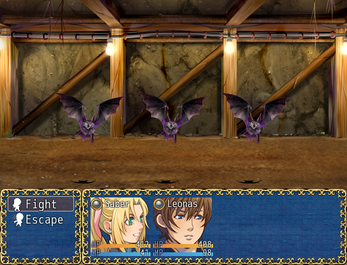 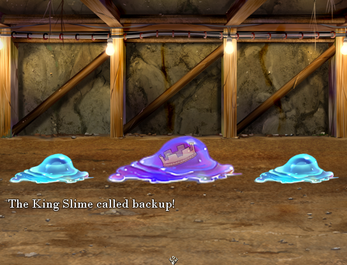